Used on enclosures prior to accessibility testing. The test hook is “hooked” into vents and seams in the enclosure & then pulled with a force (usually 20N). The hook has a hole at its long end, for use in conjunction with a PFI series Force Gauge. Made entirely of stainless steel. 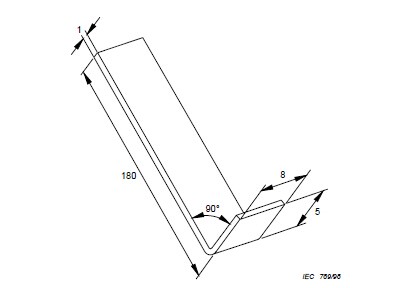