For checking the mechanical durability of flexible cords and cables by bending them back and forth, This test does not apply to flexible cables with cores of nominal cross-sectional area greater than 4㎜2,nor to cables having more than 18 cores laid up in more than two concentric layers, according to IEC60245-2/1998-04 figure 1 and figure 6.

1 carrier, with recirculating-ball bearing bushes running below the table-board on two cylindrical guideways and 3 set pulleys wheels of 40-45-50mm, with mounted travelling boom,

1 set per sample of bolts and nuts for fastening the pulleys,

1 set per sample of restraining clamps and stops to limit the travel of the sample,

1 set per sample of instrument terminals or – after agreement-plugs and socket-outlets for connection of sample,

1 set per sample of clamps to fasten the samples beneath the instrument terminals, 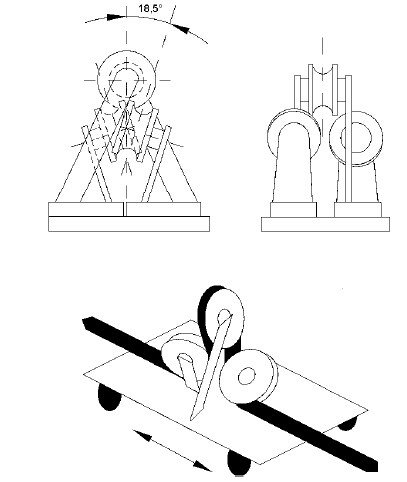